The rain has started to move in from the west as the weekend winter storm continues to track eastward. Rain will be the main form of precipitation today. Roads will be slippery and minor flooding can occur, but for the most part, today will have the lesser of impacts. Starting late tonight, the rain will begin transitioning to snow, and tomorrow will see all snow in the morning before the entire storm wraps up.

Rain has already started and will continue through the day. Heavy showers are expected midday as the front pushes closer. This will be the time that flooding has the best chance. Watch for streams, creeks, and rivers to start swelling. Ponding on roads is also possible and may lead to hydroplaning. Rain will begin to slacken in the afternoon, but may not completely finish. 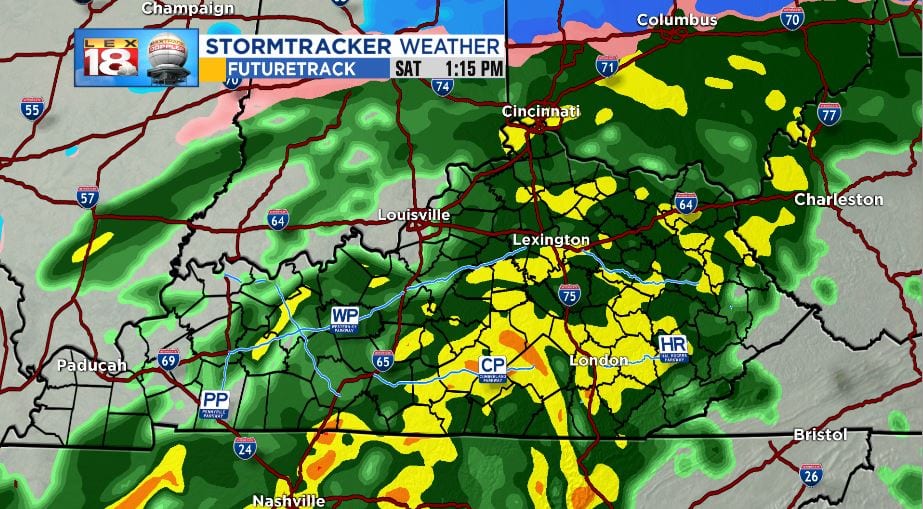 As we approach midnight, temperatures will begin cooling rapidly. We’ll quickly drop to freezing by midnight and a brief line of freezing rain or wintry mix will slide eastward. Ice amounts will be minimal with this feature. Still, some light ice accumulations are possible on bridges and overpasses. Snow flakes will begin to mix in, but the main show is still a few hours out. 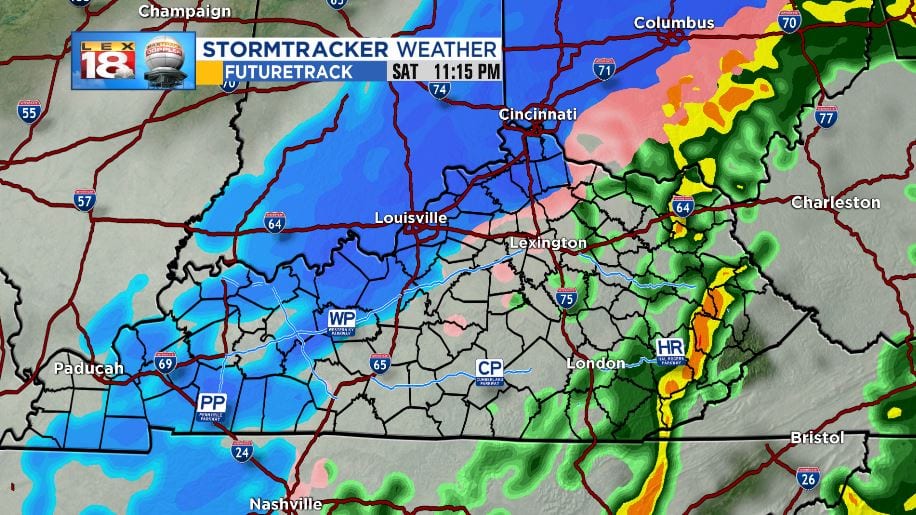 Snow will wrap up before noon for Central Kentucky, and around noon for southeastern counties. Late day sun is possible, especially for the Bluegrass region. 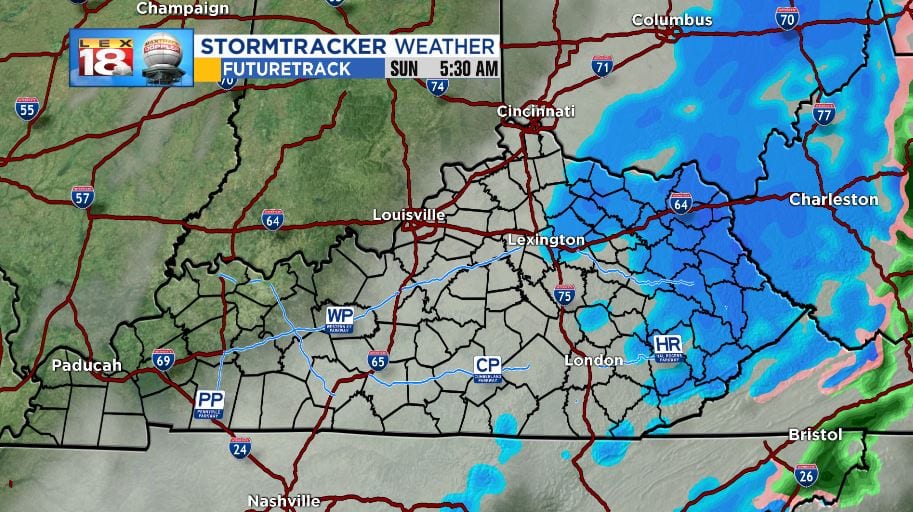 Amounts with the winter storm will be heavy in rain, and mainly light in snow. Rainfall amounts will range in the 1” to 2” with some localized spots up to 3” through today. Once again, minor flooding is possible as the heavier rains and rain rates arrive midday. 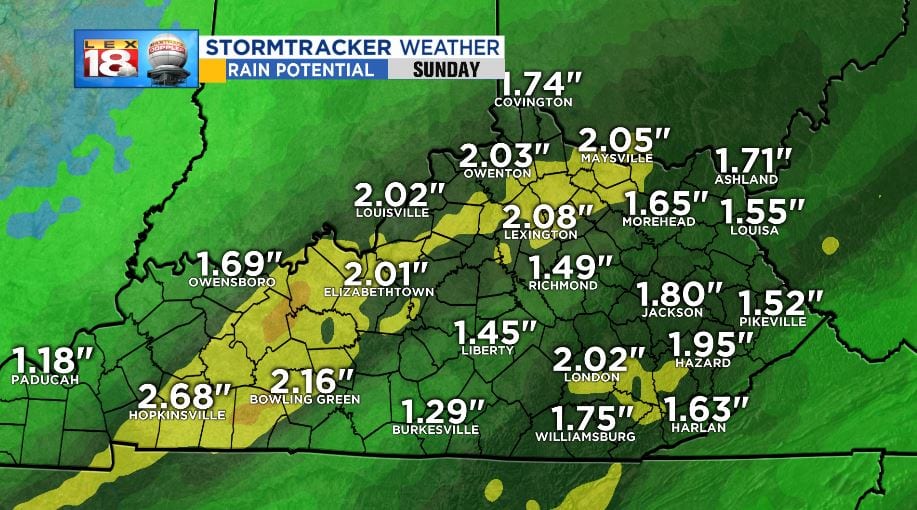 Snow amounts will be fairly minor. That being said, caution must be exercised during travel overnight and tomorrow morning. Heavier amounts will be seen closer to the Ohio River where 3” to 6” will fall. The Bluegrass and east along I-64 will range between 1” to 3.” Southern and eastern counties will see the least amount with accumulations up to 2.” 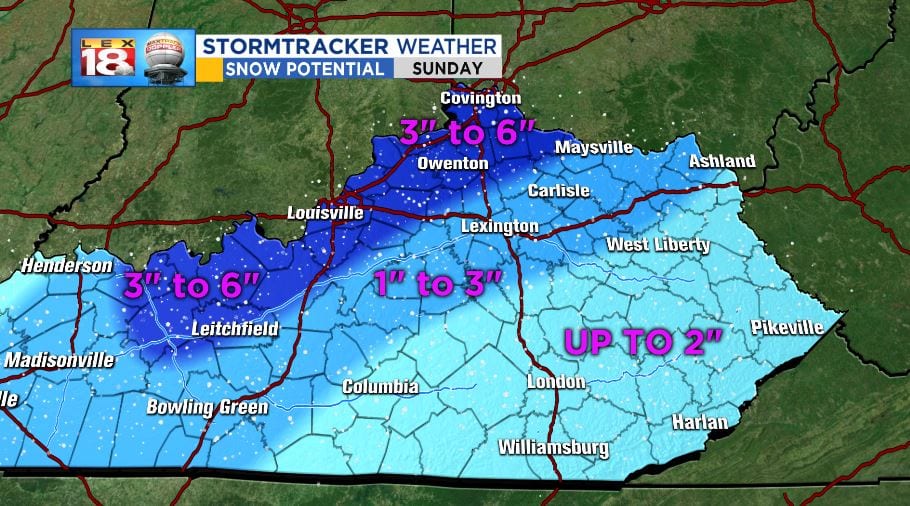 One note to make with the rapid freezing overnight is the formation of ice on roads. Water will still be around on roadways after the heavy rains today. If the wind doesn’t dry the roads before the temperature drops, ice will have a good chance to form. Keep in mind that roads could be icy tomorrow morning before the snow starts and even under the snow. Try to stay off roads at all costs tomorrow morning.

Hazardous Travel will be present in areas that see between 3” and 6” of snow. Roads in the red shaded areas should be avoided at all costs through Sunday at noon. Major roads included are I-64 West of Lexington, I-75 north of Lexington, I-71, The Bluegrass and Western Kentucky Parkways. Some impacts will be seen on roads elsewhere across the state. Those looking to get on the roads Sunday morning should avoid driving unless you absolutely have to. 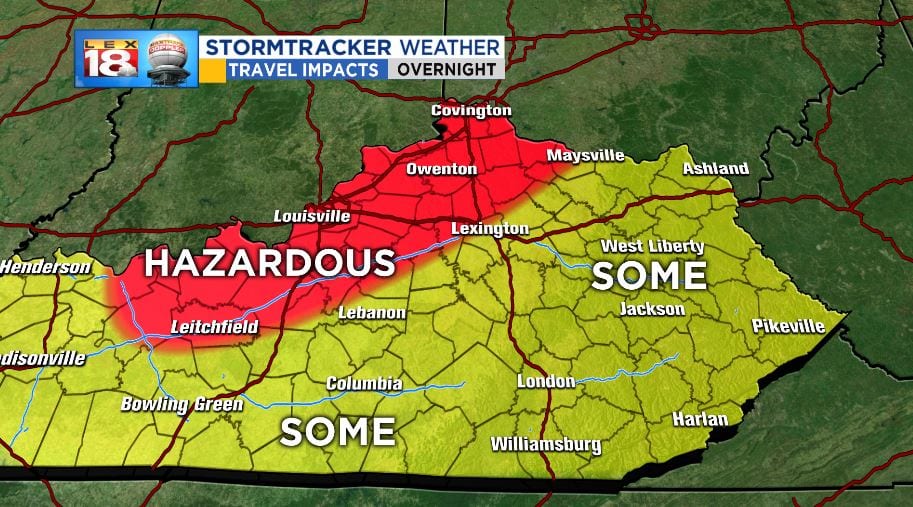 The WINTER WEATHER ADVISORY is in effect for all Kentucky Counties until noon. This will be the areas that could see as high as 3” of snow. The counties that are expected to receive up to 6” of snow are under a WINTER STORM WARNING.

Due to the winter weather overnight and tomorrow morning, the Winter Threat Index has been raised to a Level ONE or SLIGHT. 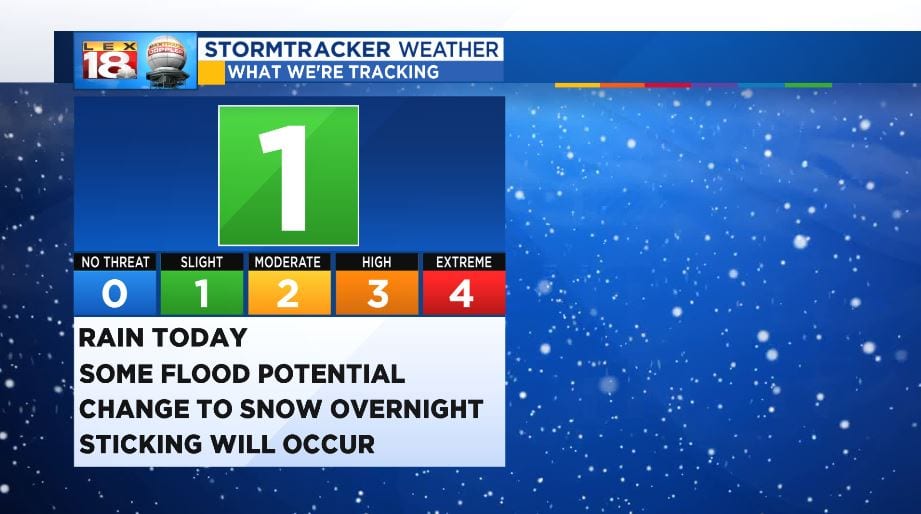 Stay with the StormTracker Weather Team for more information and the latest updates with the weekend winter storm. More information can be found on the LEX 18 Weather Page.