Why You’re Too Late to Register For the May Primary 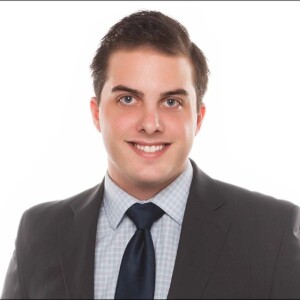 LEXINGTON, KY (Lex 18) – If you’re planning to vote in next month’s primary election and haven’t registered yet, you’re, unfortunately, too late.

Under Kentucky law, voters must register nearly a month in advance, but not all states do it the same way.

“All of those states have the highest turnouts because they make it easy to participate in the electoral process,” Douglas said. “States like Kentucky with long registration deadlines, only 12 hours of voting time on election day, requiring an excuse to get an absentee ballot, that all leads to much lower turnout.”

According to Douglas, Kentucky has some of the most restrictive laws in terms of the voter registration deadline. Because of that, Douglas said voter participation is affected.

Voter turnout in the last gubernatorial election in 2015 was just above 30%.

In his new book, “Vote For Us: How To Take Back Our Elections and Change the Future of Voting,” Douglas explores ideas of reform. He points to other states with automatic or same day registration and even vote-by-mail.

“Unless we do something to both engage the electorate in a much better way and improve our voter policies, I think we’re going to see the same kind of woefully low voter engagement,” Douglas said.

According to Douglas, reform isn’t about partisanship. It’s about getting everyone to be involved and vote.

“We don’t know what elections will come down to a handful of votes, but every year some do, and you don’t want to be that person to say, well if only I had shown up, I would’ve made a difference,” He said.

The primary election will take place on Tuesday, May 21st. The deadline to apply for an absentee ballot is May 14th.

If you have any questions about the process, you can visit Kentucky’s Voter Information Portal.